Stealing the spotlight just before the Champions League Final kicked off on June 1, a female streaker running across the field in Madrid, who’s been identified as Kinsey Wolanski. In a skimpy black bum-baring bikini, the beautiful blonde knows a thing a two about pulling off a prank, as she’s dating notorious YouTube prankster, Vitaly Zdorovetskiy.

As Wolanski ran across the field, her itty-bitty suit had “Vitaly Uncensored” written across her chest. It appears the 22-year-old model’s streaking was meant as a publicity stunt for her man’s new You Tube Channel, titled “Vitaly Uncensored” natch, which promises its viewers “wild pranks, tits and a**, no rules.” 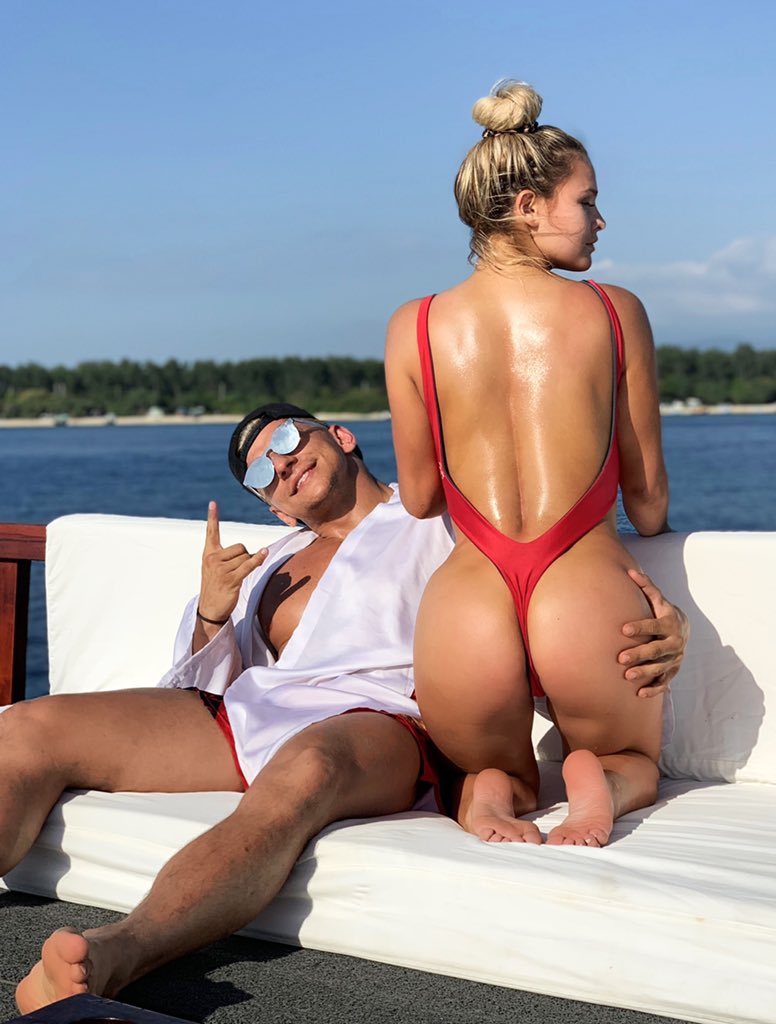 Her boyfriend couldn’t have been more proud of Wolanski. Her success of getting not only onto the field, but all the way to the mid-field mark has seemingly confirmed to Vitaly that she’s “the one.” The 27-year-old vlogger from Murmansk, Russia has nearly 10 million subscribers on You Tube and according to Celebrity Net Worth, has an estimated worth of $7 million

Wolanski is an extremely popular personality in her own right with over 550,000 followers on Instagram. After her stint in Madrid, her Instagram followers grew another 100,000 in a mere 30 minutes.

As model, she’s appeared in Maxim, Sports Illustrated, FHM, and the cover of BLVD. She placed eighth for Miss Jetset 2017.

“I began modeling when I was approached while I was visiting L.A,” Wolanski told Maxim. “I was very hesitant at first but fell in love and moved down there. I have learned to love my curves and work really hard in the gym for my booty.”

Based her success as a new prankster, Wolanski may soon show up at other major televised events. Fans at the Wanda Metropolitano seemed to love her appearance, which ended up being the most exciting part of the Finals match in which Liverpool defeated Tottenham 2-0. 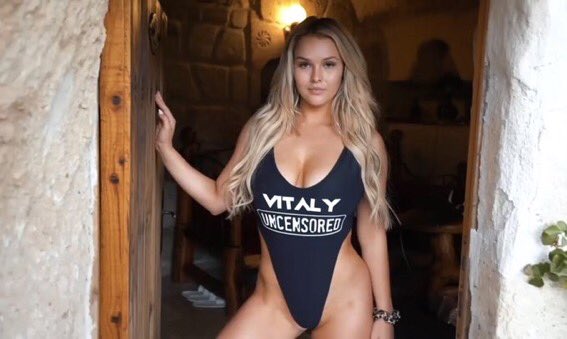 Wolanskie is brand ambassador for Ignite, Bang Energy Drink, and Totalstay. As an actress, she appeared as “Brittany” in the 2019 movie Slasher Party. She is best friends with fellow model Jamie Thornton, who’s currently looking for love on the already canceled reality series, Paradise Hotel.